Creating a $15 minimum wage at U.S. airports will provide transformative economic benefits for low-paid air transportation employees who work 24-7 in a fast-paced, noisy environment, providing essential services for airlines and the traveling public. The $15 wage will also generate job growth in businesses where airport workers spend their wages, lift many out of poverty, reduce dependence on public assistance, and boost tax revenues that pay for crucial government services. Information in the report can help guide local and state policy in raising the minimum wage for airport workers in their jurisdictions and illuminate the flight plan for raising the national wage floor for all airport workers. 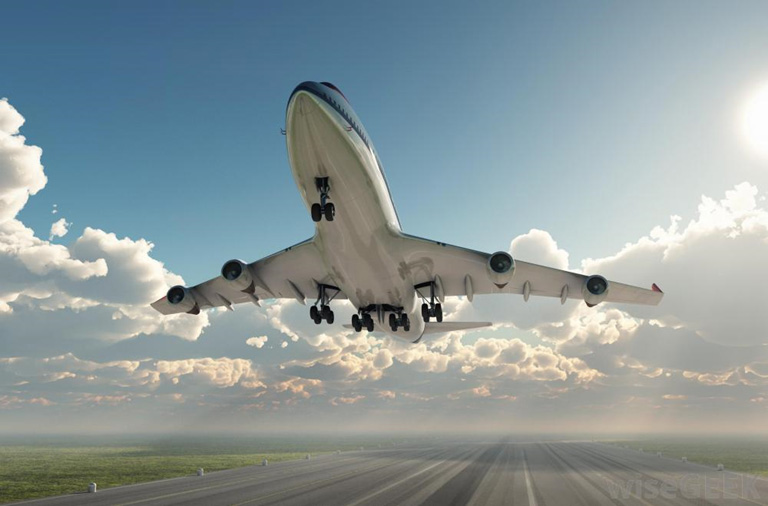 Public Subsidies for Airports and Airlines

The public provides deep subsidies for the commercial aviation industry because of public needs for mobility, cargo movement and safety. Airports are capital-intensive settings with massive public and private investments in infrastructure, ground equipment and aircraft. Wealth in the pockets of passengers and the cargo holds of aircraft is an economic engine, supporting regional, interstate and global commerce, and creating jobs. Most airport jobs support a decent quality of life for workers’ families, but well over a third of this labor force (37 percent) is out in the cold, doing work that is crucial for airlines and passengers but receiving wages that leave their families rent burdened and often in poverty and dependent on public aid. Historically many of these jobs held by the struggling 37 percent paid wages that sustained families and offered a pathway to the middle class. These wage standards have been eroded by the outsourcing that followed 9/11 and industry
deregulation.

Public money brings public accountability for fair play, community sustainability and wages that enable workers to meet the basic needs of their families. U.S. airlines are generating record profits and, in some cases, paying little or no corporate income taxes on billions of dollars in revenue. The U.S. commercial aviation industry receives an estimated $13 billion in annual subsidies. Unfortunately and unfairly, the support U.S. taxpayers provide to U.S. airlines also includes public assistance for over a hundred thousand workers who are essential to the industry but paid too little to be self sufficient. Raising airport wages to $15 would require only 1 percent of airline revenue.

Airports as a Place of Work

There are over 2,200 commercial, non-military airports with known employment in the United States. Beyond enabling 9 million flights that transport 900 million passengers and 15 million tons cargo, these airports are also places of work. Just under 663,000 workers have their primary job at airports. Three-quarters of those are in the transportation and goods movement industry sector. The other quarter of U.S. airport jobs are in food services, building maintenance, retailing, and other industries. Among these varied workers, the following 13 low-wage airport jobs most impacted by raising the minimum wage are analyzed in detail.

Workers in all industry sectors whose primary job is on the footprint of a U.S. airport are predominantly 30 to 54 years of age (59 percent), male (63 percent), European American (64 percent), and have at least some college education (59 percent). Two-thirds of low-wage air transportation workers are 40 years of age or older – the plateau of their working lives. Over half (54 percent) are married and another quarter (25 percent) are single parents. Half (48 percent) are supporting children who live with them. 1.4. Wage and Hour Characteristics Nearly half, 48 percent, of all U.S. airport workers in the 13 impacted occupations are paid less than $15 an hour. Thirty-seven percent of the airport labor force, 246,508 workers, have wages under $15. The occupations with the lowest median wages are Cabin Cleaners ($10.73), Grounds Workers ($12.61) and Restaurant Workers ($12.66).

Twenty-four percent of workers in the 13 low-paid airport occupations do not have year-round, full-time employment compared to only 15 percent of airport workers in other occupations. U.S. airport employees in the 13 low-wage occupations work an average of 1,812 hours a year compared to 2,033 hours for airport workers in other occupations. This creates earnings disadvantages in addition to low hourly wages – fewer hours of work mean lower earnings and part-time workers are likely to fall short of the threshold that would qualify them for any employer benefits such as health insurance.

Many U.S. airport workers are unable to afford adequate housing. Thirty-seven percent are rent burdened – paying over 30 percent of their income for housing. Five percent live in overcrowded housing without enough bedrooms to provide normal privacy and adequate living space for each family member.

Economic Impacts of a $15 Minimum Wage

When 246,000 low-paid U.S. airport workers win a $15 minimum wage, their aggregate raise in the first year will be $1.8 billion, providing a beneficial economic stimulus in their local communities. Airport workers’ larger paychecks enable them to spend more on goods and services in their communities, supporting 22,512 new year-round jobs and stimulate $3.780 billion in added local sales.

This added economic activity will also generate over $284 million in federal tax revenue, a third of which will be added federal income taxes. State and local tax revenue will increase by over $186 million, with 38 percent coming from additional sales taxes and 33 percent from property taxes. Public assistance enrollment will decrease with a $15 minimum wage, with an overall estimated annual reduction of $433 million in public assistance benefit outlays. Projecting the economic impacts of a national $15 minimum wage for U.S. airport workers through to the year 2021, over 25,000 local jobs will be supported through an aggregate $9.857 billion in added local sales.

This report also breaks out the economic impacts of paying sustaining wages to airport workers at 21 of the largest U.S. airports, located in 15 of the nation’s largest metropolitan areas (Table 1.1). Just under 270,000 workers are employed at the 21 major U.S. airports, most in the transportation and goods movement industry sector.

The largest single airport in this group by employment is Atlanta’s with almost 56,000 workers across all industries; the New York-Newark-Jersey City MSA has a combined 52,000 airport workers, spread across its three airports. Over 100,000 workers at these 21 largest airports would benefit from a $15 minimum wage, with approximately 20,000 at Atlanta’s Hartsfield – Jackson International Airport, 11,000 at Chicago’s O’Hare International Airport, and 10,000 at New York’s JFK Airport affected. Atlanta will have the largest number (11,471) and fourth largest share (57
percent) of full-time workers in Transportation affected. Washington D.C.’s Reagan National Airport will have the largest share of full-time Transportation workers affected, 64 percent, followed by New York LaGuardia Airport and Newark Liberty International Airport, both 60 percent.

A $15 minimum wage will increase aggregate earnings by over $151 million at Atlanta’s Hartsfield-Jackson Airport, and by over $75,000 at Houston’s George Bush Airport. The higher earnings of workers at the 21 major U.S. airports will lead to increased household spending, supporting hundreds of new, local jobs and millions in added local sales. This added spending will support over 1,800 new jobs in the Atlanta region alone. The $15 minimum wage will also generate just under $40 million in new tax revenues from airport workers’ increased spending in the Atlanta region, split across local, state and federal government coffers. The three big NY/NJ airports – JFK, LaGuardia and Newark Liberty – will generate a combined $30 million in new tax revenues, followed by Houston George Bush Airport ($19 million), Chicago O’Hare ($17 million) and Orlando International Airport ($15 million).

Taxpayer savings on public assistance outlays would also result from a $15 minimum wage at these 21 airports, as fewer workers and their families qualify. Among airport workers, enrollment in SNAP (aka Food Stamps) will decline by 11 percent and Medicaid by 12 percent in Baltimore; Charlotte will see a 12 percent drop in Medicaid. Cash benefit programs, such as TANF and General Assistance, would also see savings. Total outlays for public assistance to airport work households will decrease the most in the New York-Newark-Jersey City and Chicago regions, by $47.6 and $27.1 million respectively.

The ‘Living Wage’ is a higher wage standard, calculated by the Massachusetts Institute of Technology to meet minimum standards of living (including the cost of housing, food, health insurance, and child care in different regions). Atlanta’s airport has almost 40,000 earning below its Living Wage ($26.68 an hour), and between 71% and 85% of workers earned less than Living Wage at the 21 major U.S. airports. 88% of airport workers at Washington Reagan and Newark Liberty earning less than a living wage are in the Transportation industry.

A Plan to Make Flying Less Awful: How would airports change if the workers who made them run earned a living wage?
By Michelle Chen, The Nation (July 17, 2017)