Ethnicity at the Margins 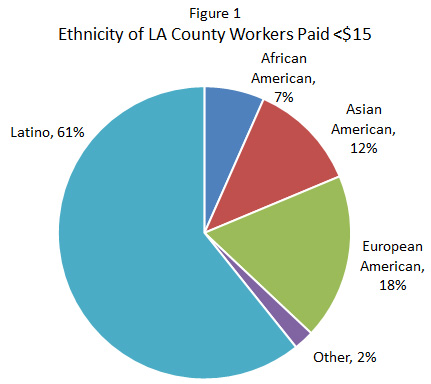 The disruptive outcome of the presidential election was determined by just 107,000 voters in pivotal states who were disproportionately working class European Americans. Many voted out of the pain of their economic misfortune as decent jobs dwindle along with prospects for material security and dignity. In most parts of the U.S., including Los Angeles, labor unions are the only organizations listening to these workers, helping them find common cause with other workers, and helping them fight for economic equity. If they work in an industry without union representation, there may not be anyone who has their backs. 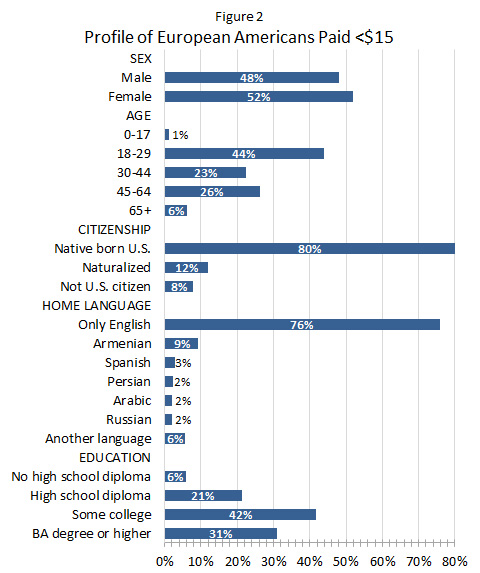 Every worker at the margins of the labor force needs a path toward unity with other workers who are struggling to support their families, find hope for the future and secure fair treatment in the American economy. The radical choice made in last week’s presidential elections shows that many working-class European Americans have not found this path. They account for 18 percent of Los Angeles County workers who are paid less than $15 an hour, about 350,000 workers, making them the second largest ethnic group in L.A.’s low-wage labor force (Figure 1). 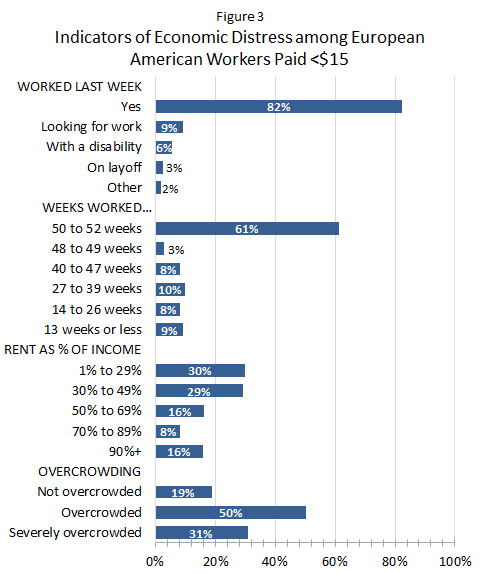 Initiatives that are building economic inclusion in Los Angeles can find low-wage European American workers based on their demography, indicators of economic distress, place of residence, and the industries and occupations where they are employed. 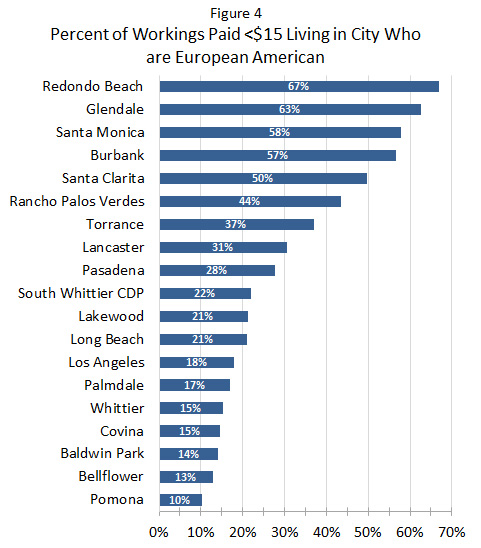 A profile of low-wage European American workers is shown in Figure 2. In L.A., these workers include slightly more women than men, many of them in their 20s, four-fifths native born, 12 per cent naturalized, and 8 percent non-citizens. Three-quarters speak English at home; the other most prominent language is Armenian. Many have some exposure to college, but few have a bachelor’s degree. 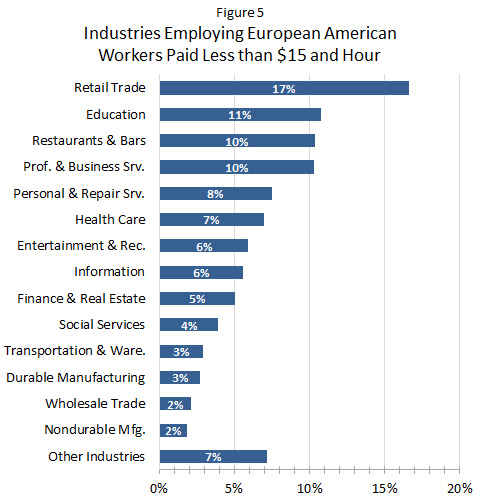 Among workers who had jobs in the past year, only 82 percent worked in the most recent week, and only 61 percent worked all year. Seventy percent are rent burdened and 41 percent pay over half of their income for rent. Eighty-one percent live in overcrowded housing. These indicators of economic distress are shown in Figure 3. 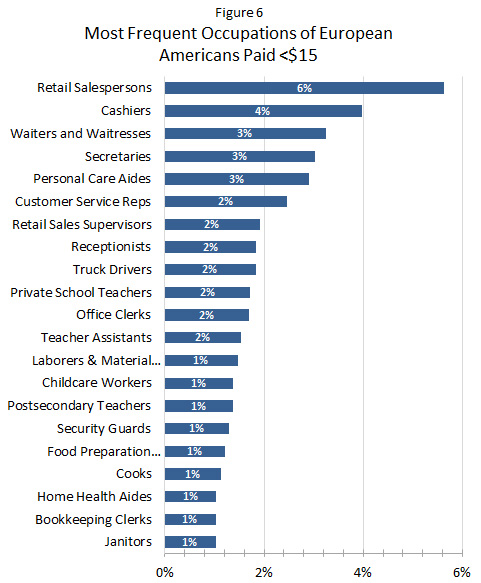 European Americans make up over half of the low-wage labor force living in Redondo Beach, Glendale, Santa Monica, Burbank, and Santa Clarita, as shown in Figure 4.

All data is from the U.S. Census Bureau’s American Community Survey Public Use Microdata Sample for Los Angeles County, 2010-2014.