The current issue of HUD’s peer-reviewed journal, Cityscape, includes an article on the Silicon Valley Triage Tool that was developed by the Economic Roundtable. This statistical model provides a fair, objective tool for triage—prioritizing which individuals should have immediate access to permanent supportive housing.

Santa Clara County voters have approved major investments in affordable housing for people experiencing homelessness, but the number of individuals who need housing still substantially exceeds the amount of housing that is available for them.  The tool prioritizes high-cost individuals for whom the solution of housing costs less than the problem of homelessness. Cost offsets from reduced service use after high-cost individuals are stably housed can be stretched across a larger pool of homeless people whose housing can be subsidized with those offsets.

The Roundtable is now working with Santa Clara County to tailor the tool to the data flow available to the Center for Population Health Improvement. We are also developing statistical models for use in Los Angeles County to target interventions for employable adults who are homeless and for high-risk foster youth.

This article is a fully documented sequel to the Economic Roundtable report that was released in 2016, Silicon Valley Triage Tool: Identifying and Housing High-Cost Homeless Residents. 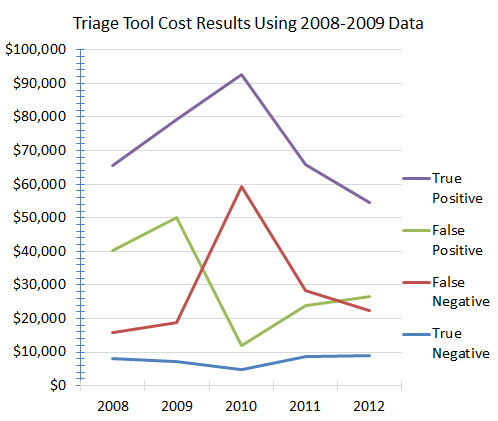 Development of the Silicon Valley Triage Tool was underwritten by the Santa Clara County Office of Supportive Housing and Destination: Home.