Predictive tools can reveal the humanity of people living in shelters and on sidewalks, showing the risks they face so that we can intervene early to help those who are likely to stay homeless. Only 38 percent of people who become homeless remain homeless for more than a year more. This takes a heavy toll, especially on people’s health. The costs are also high for taxpayers. As periods of homeless persist, problems become more serious and the cost of treating them more expensive. 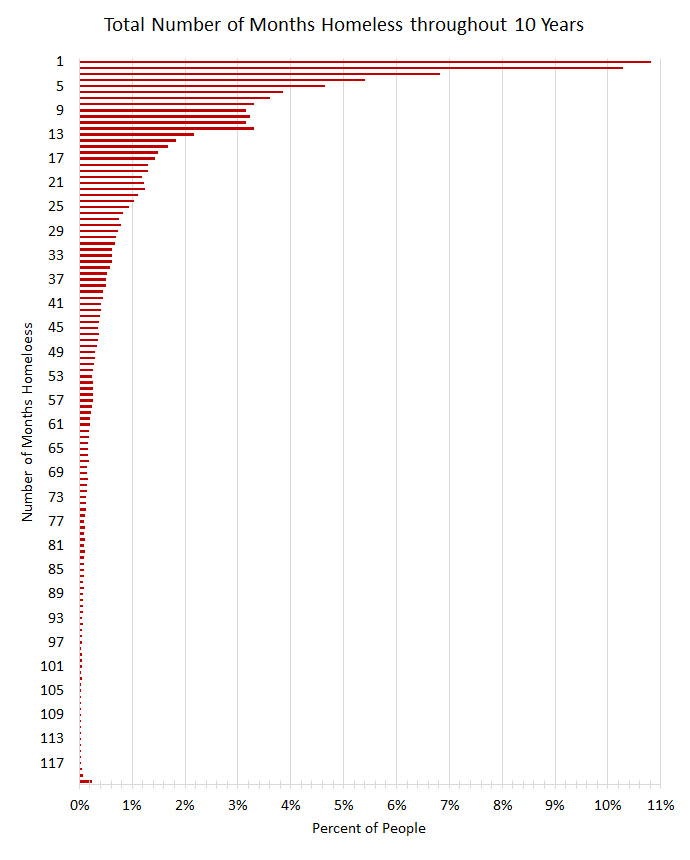 The two new predictive screening tools released by the Economic Roundtable solve the difficult problem of telling apart people who will be homeless only a short time and those who will be homeless a long time. Our purpose for developing these tools is to prevent chronic homelessness by targeting people who are most likely to stay homeless and helping them early on when there is far less economic, social, medical, and legal wreckage in their lives, and exiting homelessness costs far less.

The two groups targeted by these tools are low-wage workers who have just lost their jobs and youth entering adulthood who will become persistently homelessness within the next three years. Individuals in both groups are strong candidates for rapid re-employment assistance.