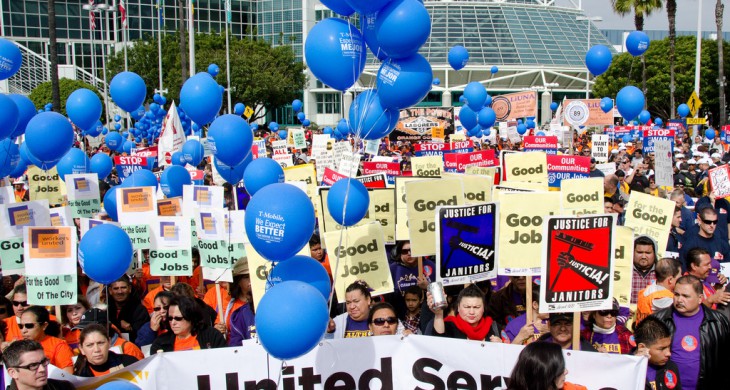 Union members make up roughly 15 percent of LA’s labor force. The economic context for unions in Los Angeles is a formal labor market that has been stagnant since 1990, with all net job growth occurring in the informal economy. More than a quarter of the labor force is impoverished.